The Arriva Trains franchise had now been running for a year. Mike noted that the NEBU was about the size of the Chiltern Trains franchise. There were now ten partially refurbished 156s (new disabled toilet, customer information screens, new seat fobs, repaint) in service of which three had now replace Pacers in the North East. They would get new carpets later. The refurbishment contract has been changed from WABTEC Kilmarnock to Arriva Traincare Eastleigh, and it was planned that 253 refurbished coaches would be in service by the end of 2018. North West electrification was behind schedule, hence the decision to fit eight refurbished 319 EMUs with diesel engines so that that they could run onto as yet to be electrified lines. There was a possibility of still more conversions for running in the North East

Other projects that were progressing well include

The draft May 2018 timetable was out for consultation and includes

Pete advised that the latest performance for the North East sector was of 93% with a right time arrival of 81% despite temporary speed restrictions at Billingham, Fellgate & Pelaw. There would be a ‘Performance Improvement Week’ in October and Coastliners were invited to send a representative to a Network Rail/Northern Coastline Improvement meeting 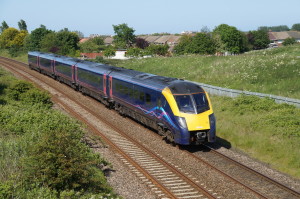 The next meeting of the Coastliners Rail User Group will take place on Thursday 22 June 2017 at 7.15pm in the Reading Room of The Athenaeum Club, Church Street, Hartlepool.  Though the meeting will be expected to close by shortly after 9.00pm we will be welcome to use the bar until 10.30pm.

The guest speakers will be Mr Mike Paterson, Regional Director at Northern Railway (North East) and Mr Pete Myers, Stakeholder Manager at Northern Railway (North East).  Pete is well known to Coastliners but this will be Mike’s first visit to the Group.There is clearly much to discuss on 22 June … what has transpired during the first year of the ‘new’ franchise and what is in store during the next few years.