Why is this important for North Easst rail users? See below!

A multi-million pound investment into the infrastructure at King’s Cross railway station will transform train travel on the East Coast Main Line by replacing track, signalling and overhead line equipment outside the station.

The project is set to provide a once-in-a-generation opportunity to improve this vital part of the rail network, which carries trains bound for as far afield as northern Scotland, as well as many commuter services across the South East, and prepare the infrastructure for the future.

The track layout has reached the end of its design life and become harder to maintain. While the station itself was modernised in 2012, the existing track and signalling was installed over 40 years ago and is in need of upgrading.

The project will see a-mile-and-a-half of track, signalling and overhead line equipment re-thought, re-planned and re-laid to reduce the long-term cost of operating and maintaining the railway into the station.

At the same time, we will also be opening two new lines by re-opening a disused tunnel on the approach to King’s Cross; increasing the approach from four tracks to six.

During the weekend of the 13/14 July work will begin to remove old signalling equipment from the disused railway tunnel in preparation for the laying new track in the tunnel later this year.

There will be a reduced train service running on this weekend, and passengers should plan their journey in advance.

Further work will take place over the August Bank Holiday weekend. This will result in significant disruption and the advice to passengers from train operators on the East Coast Main Line is DO NOT TRAVEL on 24 and 25 August.

Work at Newark will continue on Bank Holiday Monday (26 August), with a reduced train service running. Operators are advising passengers to travel either Friday evening (23 August) or Tuesday morning (27 August) if possible. 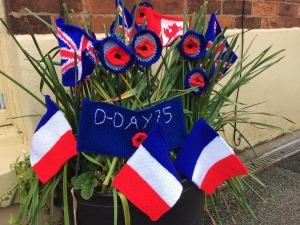